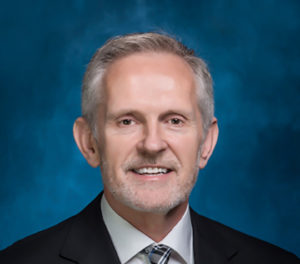 Alex Forbes, FCIP stands out as a public sector planner in Atlantic Canada, who has added to the stature of planning in Canada through a considerable variety of roles and efforts at the local, regional, provincial, national, and international levels.

In professional practice, he has made his mark in both New Brunswick (NB) and Prince Edward Island (PE), honing his abilities as a skilled planner and leader in advancing land use planning and heritage conservation legislation. This included leading Fredericton, NB, through a major expansion to the Heritage Preservation Area Plan and By-Law, and being the fundamental force behind the designation of Marysville, NB, as a National Historic District.

Over his career, planning practice responsibilities have ranged from roles leading planning initiatives in Fredericton, NB, and Charlottetown, PE, to devoting his expertise to tsunami relief efforts rebuilding communities in Sri Lanka, on behalf of the City of Fredericton and the Federation of Canadian Municipalities. Through five missions to Sri Lanka, Alex developed a professional working relationship with municipal officials in communities that were struggling with the aftermath of the natural disaster by introducing business process improvements related to a new building permit process. Currently, Alex is the Manager of Planning and Heritage at the City of Charlottetown.

Alex has served in a number of capacities in advancing the planning profession: first with the New Brunswick Association of Planners, then later as President of the Atlantic Planners Institute, Vice-President of the Canadian Institute of Planners (CIP), and Co-Chair of the 2014 CIP Conference in Fredericton. He was also instrumental in the recent establishment of the PEI Institute of Professional Planners (formerly known as PEI Association of Planners) and currently serves as its President. Alex served as the chair of the Communications Committee which established the recent CIP logo and branding statement. One of Alex’s most notable legacies, has been as champion and driver of CIP’s renowned Great Places in Canada Program, which has broadened the profile of the planning profession to reach and delight the Canadian public.

In July 2019, Alex was inducted as a Fellow of the Canadian Institute of Planners. Fellowship is a special status for members of CIP that recognizes excellence, identifies prominent role models and promotes advances in planning practice.

Planner Profiles highlight the many faces of planning across Atlantic Canada. Know someone who should be profiled?