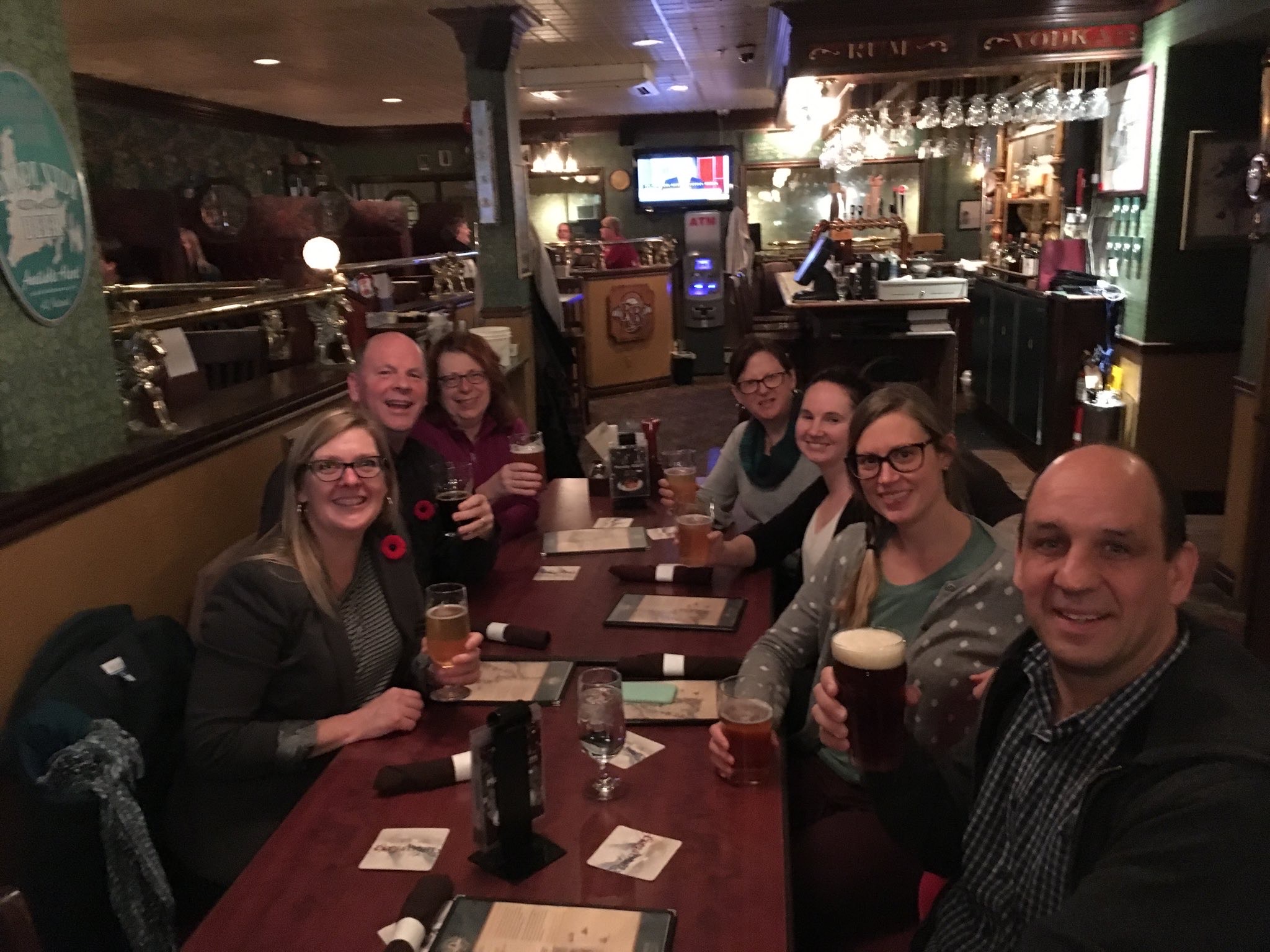 NLAPP started the week with a proclamation for World Town Planning Day at the City of St. John's on Monday.

On Tuesday, they held a #WTPDPhotoChallege on Twitter and the Town of Paradise also proclaimed WTPD.

On Wednesday, NLAPP held it's inaugural award program by awarding the Honorary Planning Membership Award to Shannie Duff, former mayor of the City of St. John's and long-time supporter of urban planning; the NLAPP Community Builder Award to the East Coast Trail Association, a not-for-profit group that works to sustain 300 km of trails around the Avalon; and the Jack Allston Memorial Award to John Gushue, a digital producer with CBC News. NLAPP also arranged for a tree to be planted to honour Arvo McMillan, an avid outdoorsman and planner in several provinces across Canada for many years who passed away earlier this year.

It's was a busy week and we thank everyone that worked hard to make it happen! 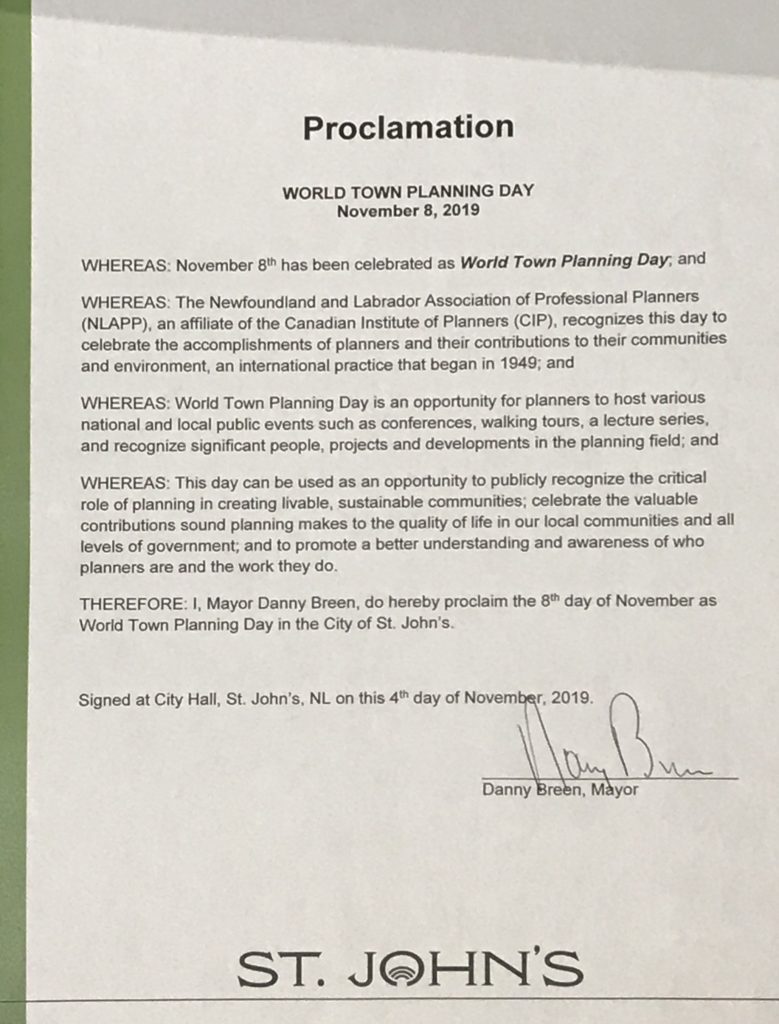